2014 marked the tenth harvest of our vineyard, yet only the second release of the wine. With vines as with wine, there is no substitute for the passing of time when it comes to acquiring and expressing the elements of greatness; an equilibrium must be reached, roots and vine architecture established, and the need for irrigation and fertilization minimized or eliminated. Well into their second decade now, our vines have had time to get to know the mountain – its diverse, colorful soils, extreme terrain, and distinct seasons. And we have had time to get to know the vines and the unique wines they produce.

Notable for the warmest growing season (measured in degree days) since our vineyard was planted, the 2014 vintage also landed in the middle of the drought years in California. Perfectly timed spring rains recharged the soil and fueled vine growth at the critical early stage. Budbreak was quite early up on the mountain, where the vines usually lag a couple weeks behind the valley. Warm, dry weather continued all the way through the season, with all blocks harvested before rain returned in mid-October.

The deep, inky violet color gives the first hint of the mountain-derived intensity in the glass. Signature notes of Cabernet Sauvignon emerge in the aromas: plum, boysenberry, violet, cassis, cedar. Even more compelling are the undertones of cocoa, mandarin orange zest, jasmine blossom, sage, and other fresh herbs. The interplay of juicy acidity and fine-grained tannin characterizes the palate, one supporting the other as the wine unfolds seamlessly from entry to extended finish. Irresistible freshness and vibrancy suggest a degree of approachability unusual for such a wine in its youth, while the underlying structure leaves no doubt about the suitability for long-term cellaring. 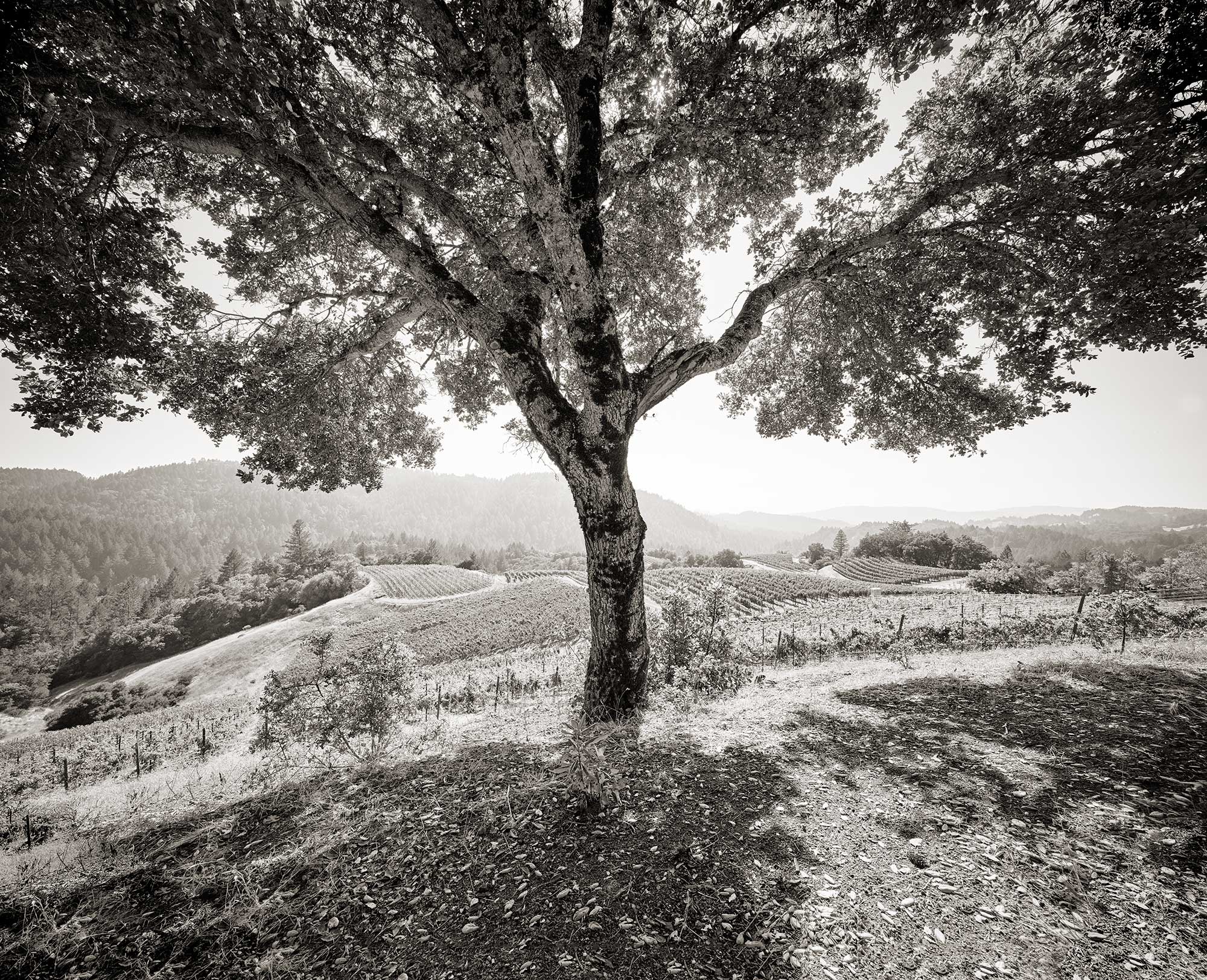